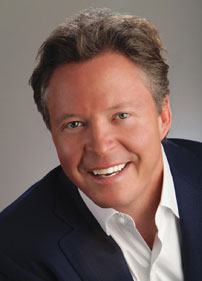 Warren de Haan is a founder, Managing Partner and Co-Chief Executive Officer at ACORE Capital, LP, one of the largest credit managers focused on commercial real estate lending, with approximately $20 billion of assets under management. For the past 3 years, ACORE Capital has ranked in the top 20 of The Real Estate Debt 50, PERE's ranking of the world's largest real estate debt fund managers.

Through their offices in New York, Los Angeles, Miami, San Francisco, and Dallas, ACORE originates, acquires and manages first mortgages, B-notes, mezzanine debt and preferred equity throughout the United States. Since inception in 2015, ACORE has closed over $35 billion in more than 453 transactions.

The Commercial Observer has honored Mr. de Haan during his tenure with ACORE Capital in their annual listing 'The 50 Most Important Figures of Commercial Real Estate Finance', ranking him in the top 15 for the past 6 years.

Mr. de Haan's charitable focus is in service to children, and in recognition of his record of service and his long-time support of their mission to help children with special needs, The Help Group named Mr. de Haan their honoree in 2016.

Mr. de Haan received a B.S. degree from the Cornell School of Hotel Administration. He also graduated from Hotel Institute Montreux, Switzerland, where he obtained his Swiss Hotel Diploma and American Hotel and Motel Association Diplomas.